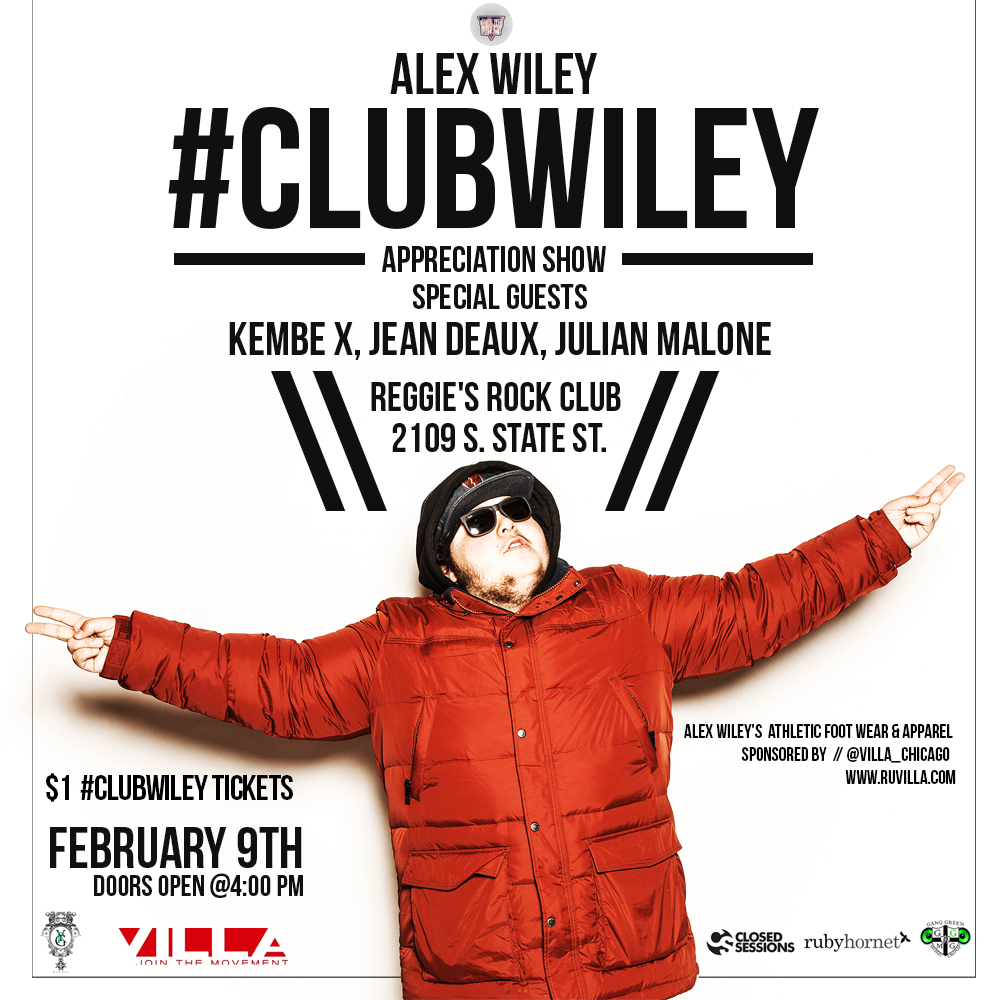 Alex Wiley is a 19 year old MC from the South side of Chicago. He has been building a steady buzz releasing songs like “#MoPurp” leading up to the release of his debut project, #ClubWiley, in the very near future. With the release last year of the Can I Borrow a Dollar EP w/ Village cohort Kembe X. Alex Wiley dropped #MoPurp featuring Chance the Rapper and Kembe X racking up nearly 100K views he has proven a force to be reckoned with on the Chicago music scene. He has opened for a number of sold out shows at venues across the country and is finally prepared to headline his own in his hometown and will be giving a preview of the highly anticipated #ClubWiley mixtape which will be released via Closed Sessions.

fear no human being. Jahn NOT Gene. Truu Shit

Kembe X is a teenage rapper from the South Suburbs of Chicago, who broke onto the scene with his debut mixtape “Self Rule” that was featured on sites such as 2dopeboyz, Illroots and Forbes as well as Impose Magazine. Him, Alex Wiley and his crew The Village have gained recent attention with their hit single “Dollar Please” from their group EP titled “Can I Borrow A Dollar”. Kembe’s sound is clearly rooted in chill, 90s thoughtful hip hop, although he’s shown versatility on tracks such as “Dollar Please”, “Extremely Good”, and “Schemin On The Scoochies”. He loves pizza, cheeseburgers, chicken and salad. Milkshakes are awesome too.