POSTPONED til 2021. New date TBA. Previously purchased tickets will be honored at the door. Refunds are available upon request at original point of purchase. 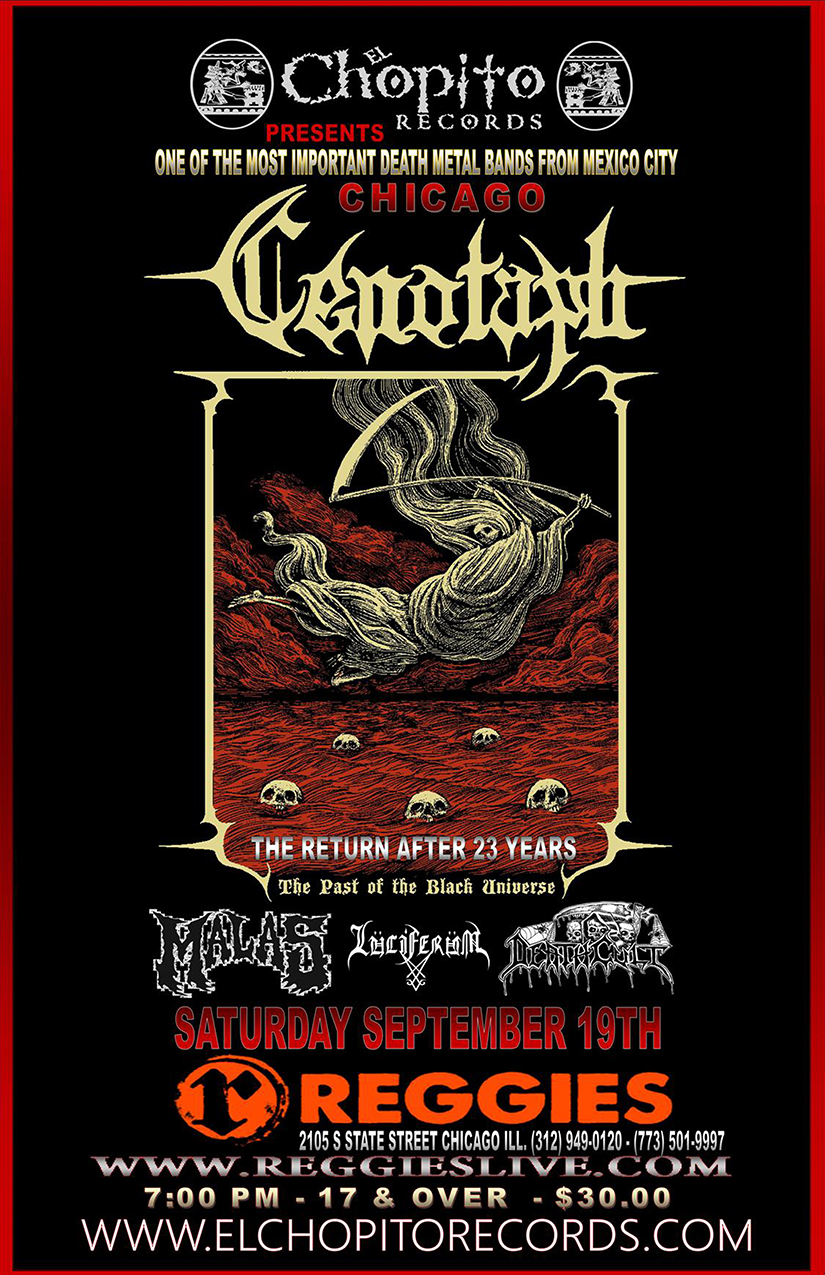 Forged in 2000, MALAS have been conjuring their brand of skull thrashing METAL. Members from the 1990’s bands MALDICION & LORD BLASPHEMER have maintained the bone crushing Chicago sound influenced by CELTIC FROST, SLAYER, SODOM, etc. “Their live show is an assault to the senses. Blasting & thrashing a fierce attack of death metal”. In 2004, they released a three song sampler which was the catalyst to the full length cd titled “Conquest.” The 2005 release was done with three Indie labels, Sempiternal Productions, Utterly Somber Creations and MALAS’ own Maldito Records. The second demo titled “King of Thieves” was released in 2010. Our second full length release, “Path to Holocaust”, blisters its way through Hell and back. This record was made possible by the efforts of Utterly Somber Creations and Maldito Records. “Path to Holocaust” is available now! We invite you to check out our live shows, music and website. If you would like to book the band for a show or purchase a cd or shirts, please contact us. email: maldicion@msn.com