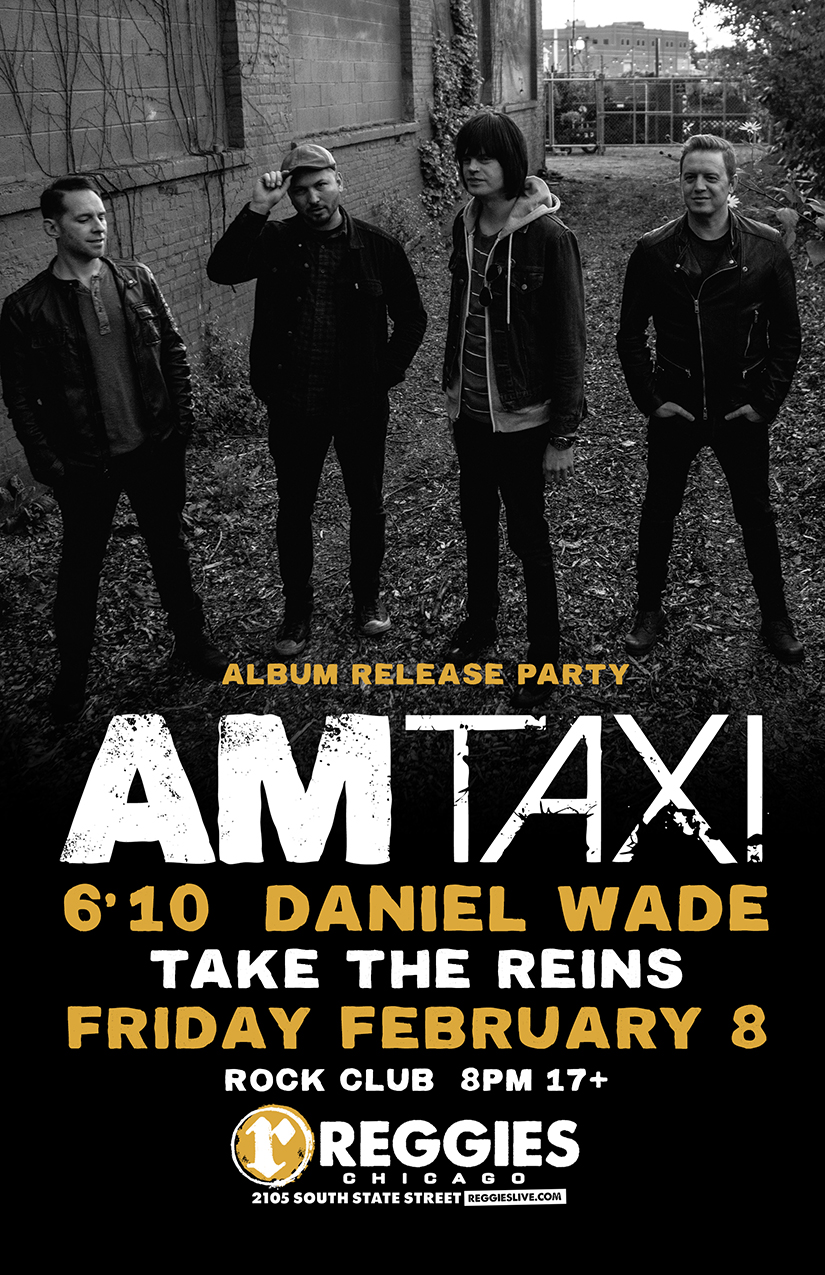 AM Taxi (formerly known as American Taxi) is a rock band from Chicago, Illinois. The band’s music is categorized as old-school punk and modern pop/rock. They are praised for their live shows in such Chicago venues as The Metro and The Beat Kitchen.

6’10 is the acoustic side project of Tobin Bawinkel of Flatfoot 56. The project includes a plethora of instrumentation and traditional influences.

Daniel Wade is a singing, songwriting, guitar-playing dude. His first set of solo-artist songs are spread out across four EPs: Hyperconnector, Stronger Machines, Rising Moon Anxiety and One For The Void. Wade’s music is a burst of rock and roll sunshine that simultaneously feel fresh and familiar.

A Chicago resident, Wade also performs with Ryan Powers and The Secret Weapons, Treaty of Paris, and Michael Chorvat. He two jobs, drinks too much coffee, walks fast, and likes to bring up that one time he opened for Butch Walker or that time his band opened for Jack’s Mannequin. Daniel Wade wants his songs to remind you why you fell in love with rock music in the first place.

TAKE THE REINS is a Chicago area rock band. In 2017, they recorded and released their debut album “Addiction by Subtraction”.
Called “an explosive mix of Joan Jett and The Pretenders”, frontwoman/vocalist Courtney Boyers & crew churn out 12 hard-hitting tracks exploring varying themes on addiction, despair and defiance. Don’t miss out on this eclectic mix of songs that doesn’t let up, from start to end.

Founded in 2011, TAKE THE REINS is made of of members from local music greats – Mostly About Nothing & She Likes Todd, contributing to their distinctive sound.