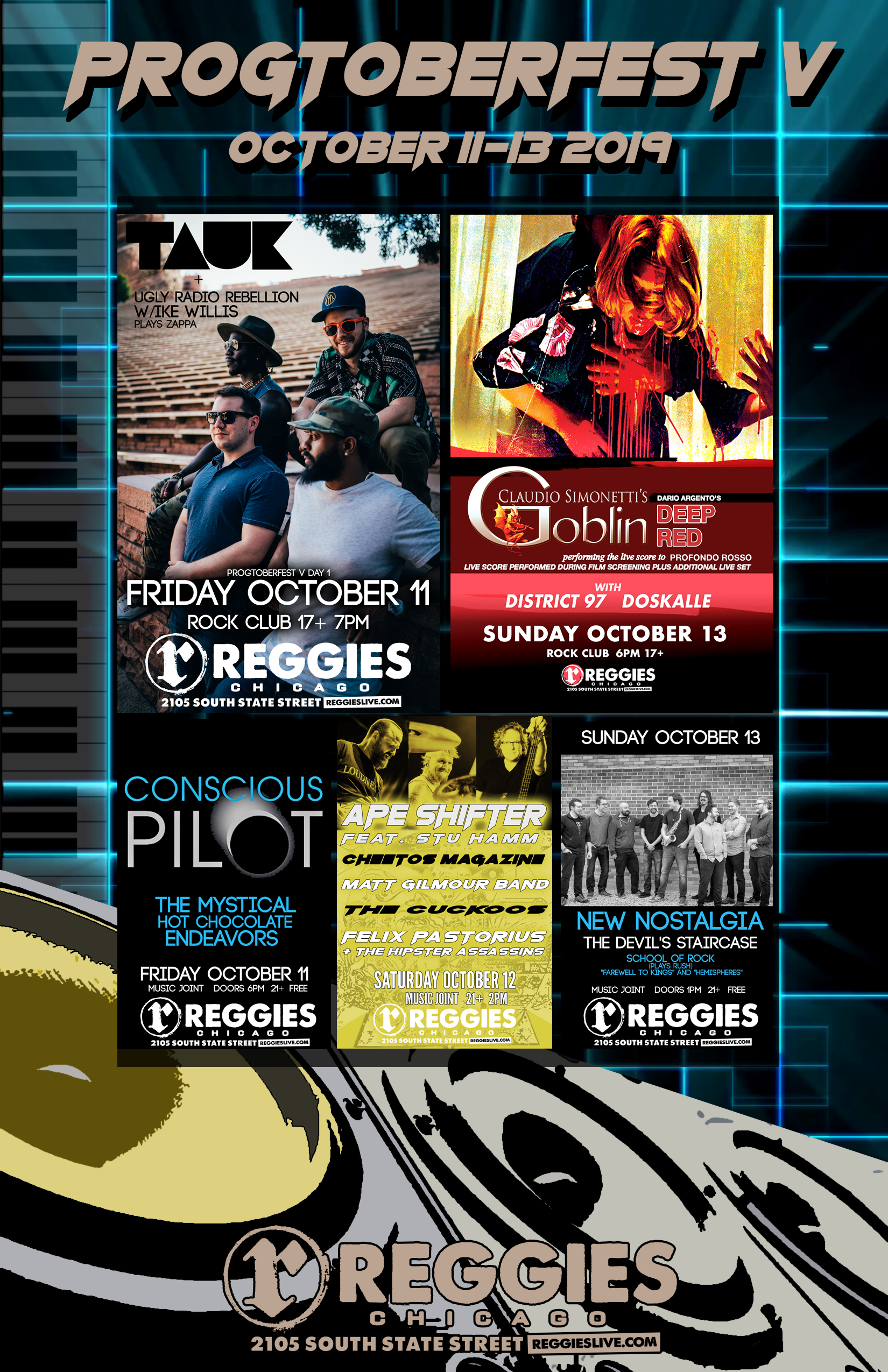 In summer 2005, Esteban NAVARRO and Manel ORELLA (keys and guitar) got together to perform a series of bizarre shows as a funny and singular duet. Not really good stuff but great fun! A year later they decided to increase the family, bringing in Dídac GARCÍA (bass) and Joan MONTANÉ (drums). That was it, a real band! But… would they be able to face the progrock challenge? It took a year to prepare an hour of a proggy repertoire, and in 2007, it finally saw the light of day. The show was fresh and surprising, and the childish manners and image of the band, specially through their frontman, Esteban, quickly took a place on the audience hearts. In 2009 they recorded some of the best songs of that period on the EP ”ALL THE CHICKENS IN THE BOWL”. After two more years of shows and writing new stuff, in 2012 they got involved on their big project, the recording of a full length album, ‘BOILING FOWLS’!!2013 was a hard year, fully devoted to the studio. No playing, no shows, no fun… but it was worth it! Finally in early 2014 ‘BOILING FOWLS’ was ready to be presented to the prog community. An intense album, fresh, innovative and full of love for prog. Boiling Fowls was ready to eat the world! At the end of the recording sessions, the drummer, Joan MONTANE, left the band, and two more members were included to complete the project, Matias LIZANA on keys and vocals, and Eric ROVIRA on drums and vocals.

The Matt Gilmour Band is an interstellar vehicle that plays psychedelic rock with touches of prog, blues, indie, folk, and funk. The band is a collaborative effort under the banner of The Matt Gilmour Band. “There is no way I could do this without the guys. They’re amazing musicians and amazing friends,” Matt says. In addition to Matt, the band features AJ Vincent on keys and Mike Hidalgo on drums. The Matt Gilmour Band gigs regionally and nationally, often performing with dazzling light show accompaniment.

Matt was born and raised in England where he grew up watching his father—Pink Floyd guitarist David Gilmour—from the side of the stage as he captivated arena crowds. Eventually, Matt began to solidify his musical chops and forge his own path discovering his identity through traversing a myriad of musical influences. As a signature sound coalesced, and Matt’s talents shined through, he began to write compelling compositions. One track he posted online caught the ear of legendary producer/engineer and Steppenwolf guitarist Danny Johnson who invited Matt to Austin to record a solo album. That album, The Grey, snapshots Matt in an intimate bluesy folk setting.

The Matt Gilmour Band represents a culmination of these profound times of personal and artistic growth. Standouts in the band’s current body of work are “Dear” and “Push.” The track “Dear” patiently unfolds from an airy piano-driven ballad to a majestic rocker with soaring melodies, cathartic hooks, and a fleet-fingered bluesy guitar solo. The grandly ethereal “Push” boasts an imaginative arrangement that feels like a spiritual journey offering a rousing uplifting message. “That song is about those times when we think can’t go any further, and we want to stop or give up. During those times of doubt, I think about my past, and how far I’ve come, and I feel a second wind. I just push through” Matt says.

Up next, The Matt Gilmour Band are concentrating on its innovative series of streaming performances, the band’s recorded output, and performing live regionally and nationally. At the moment, Matt says, the band is enjoying a wellspring of creativity. “It feels really like everything is taking off now. There is this wonderful unspoken energy and excitement that’s unqualifiable. I am looking so forward to the future,” he says.

This Austin, Texas based band isn’t wasting their youth, nor are they jettisoning the hallmarks of the greats who came before them. On the contrary, these four young men draw liberally from the deep well of vintage pop, heady psychedelic rock, sizzling hot funk, and even a bit of old-fashioned blues to create music that is at once classic yet forward thinking. Classic Rock Magazine rightly christened their psychedelic garage rock “spectacular,” declaring the band “hip young dudes who mine the late sixties acid rock scene for inspiration, but sound so authentic you’ll think you’re having a flashback.”

From Magical Mystery Tour to The Doors, from Velvet Underground to Jimi Hendrix, The Cuckoos roots run deep. Within the band’s swirling, trippy songs, there’s the magical alchemy of Pink Floyd, the stoic enigmatic melancholy of Joy Division, and the epic scope of Led Zeppelin. It’s all super-charged with the gritty energy of Nirvana at their most energetic. At times, one can almost feel the heat of Jimi Hendrix’s burning guitar, as the sonic vibes transport the audience to uncharted funky and jazzy dimensions. It’s all viewed through The Cuckoos young and constantly inspired lens, giving it a fresh feel.

Imagine The Doors, Joy Division, and Rick James writing songs with Tame Impala to begin to get the picture, but be aware, The Cuckoos are carving their own path, hungry to become more than the sum total of the music that has inspired them and to diligently add new elements that will inspire others. Art, after all, should be communal.

The Hipster Assassins individual influences are extremely diverse and therefore somewhat difficult to force into one genre, but Jaco Pastorius’s coined “punk jazz” isn’t far off. This New York City based band was formed in 2010 by Felix Pastorius, and features John Bendy on guitar, Mike Bendy also on bass, Chris Ward on saxophone, and Kenny Grohowski on drums. Driving rhythms coupled with the technical prowess that each musician utilizes have led the group to perform at various NYC venues and maintain a weekly residency at Zinc Bar.