We’re open at 9am All You Can Eat tailgate buffet! Game will be shown with sound in the Music Joint and Rooftop.

Going to the game? Travel in style by hopping on our Reggies Rock Bus to see The Bears play the Lions at Soldier Field.

Multiple runs will be made till everybody gets to the game and back. 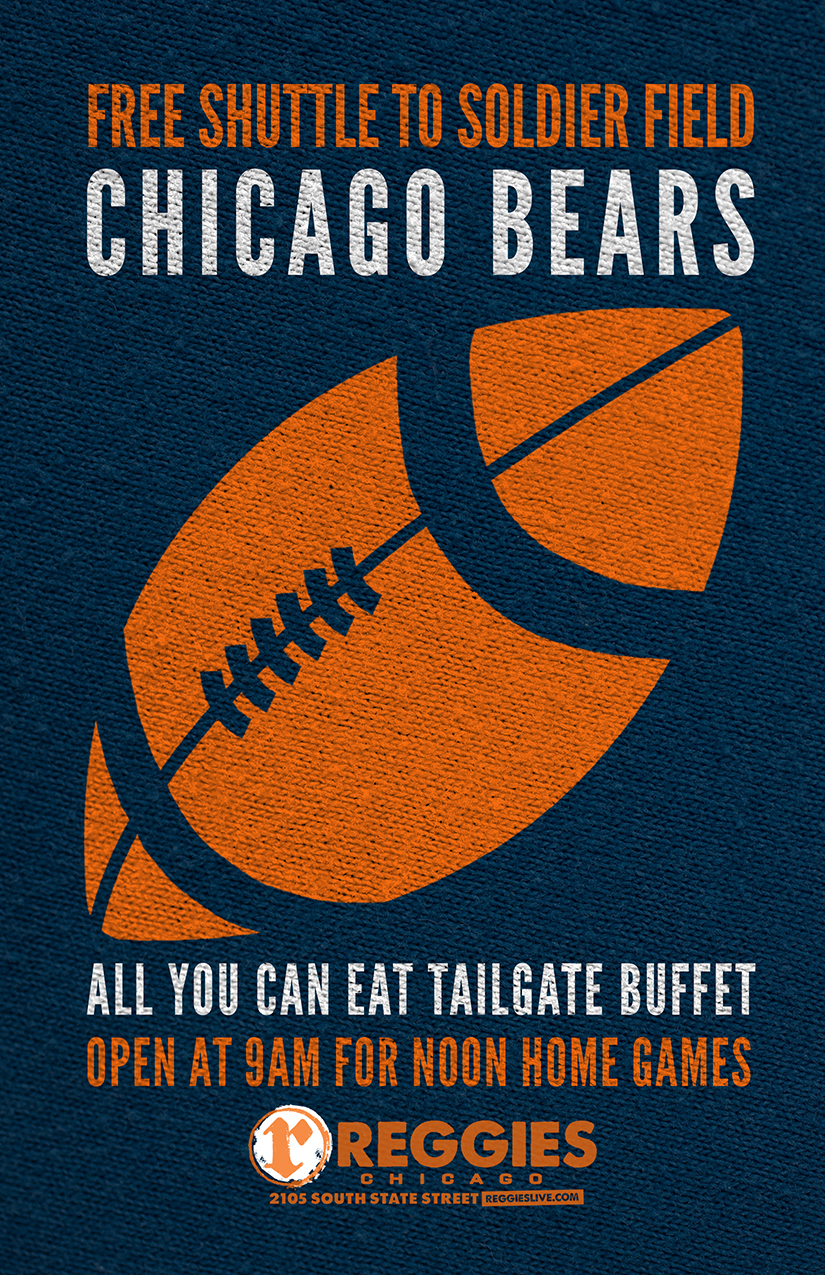 Check out our Daily Specials Here

SCHOOL OF ROCK (All Stars)

The Oak Park and Chicago Schools have put together an All Star cast of players to
perform some classic songs.
For more than a decade, School of Rock has been inspiring kids to rock on stage and in life. Through its performance-based approach to music lessons, School of Rock students are inspired to learn, more motivated to excel and more confident as a result. To date, School of Rock students have played thousands of concerts to more than 100,000 people at such legendary venues such as CBGB’s, The Trocadero, The Knitting Factory, The Whiskey, The Roxy, The Experience Music Project, as well as major music festivals like Lollapalooza and Austin City Limits.