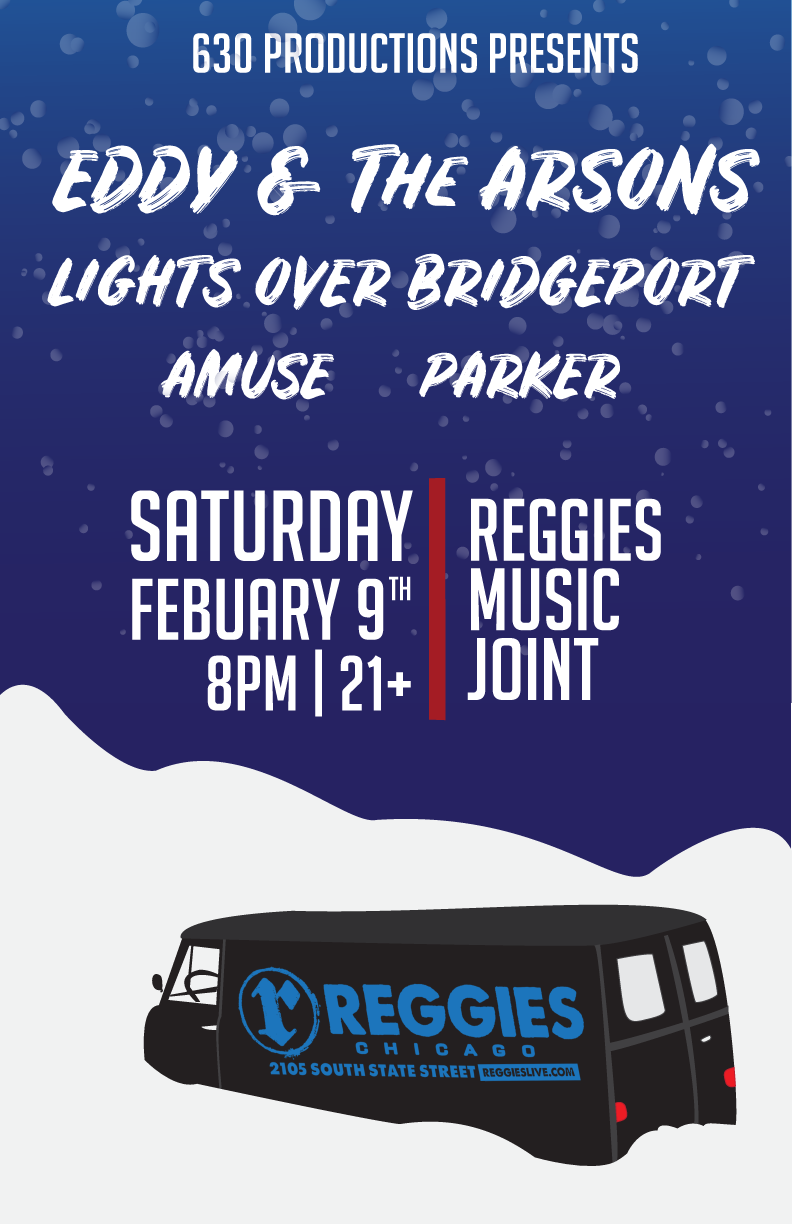 EDDY AND THE ARSONS

Upbeat and infectiously catchy Punk Rock coming from Chicago’s South Side, Eddy and the Arsons is a 3-piece band formed in April 2017. In July 2017, Eddy and the Arsons released their debut album “Wall of Text” on multiple digital retailers online. Since the release of their album, the band has also released two singles. Currently, the band is working on getting radio exposure and playing shows wherever they can, as well as writing and recording new material for their followup album.

Lights Over Bridgeport is a rock band formed by four friends who grew up on punk rock and metal. We write music for anyone who aspires to make a better life for themselves and the ones they care for. Through wholesale lineup changes and personal tragedies we have continued to make music that we believe in with all our hearts.

PARKER is the new sound of Chicago. They are a band rooted in the energy and spirit of punk and rock and roll, while embracing the melodic side of modern music. The songs they have crafted take listeners on a journey through soft, soulful verses that explode into energetic choruses. PARKER has made a huge impact on the Chicago music scene in 2018 alone and is making their way through the Midwest.