The concert featuring Vio-lence  is RESCHEDULED to Saturday November 6, 2021.
Your purchased ticket will be honored at the rescheduled date. If you can no longer attend, refunds are available upon request through Eventbrite. 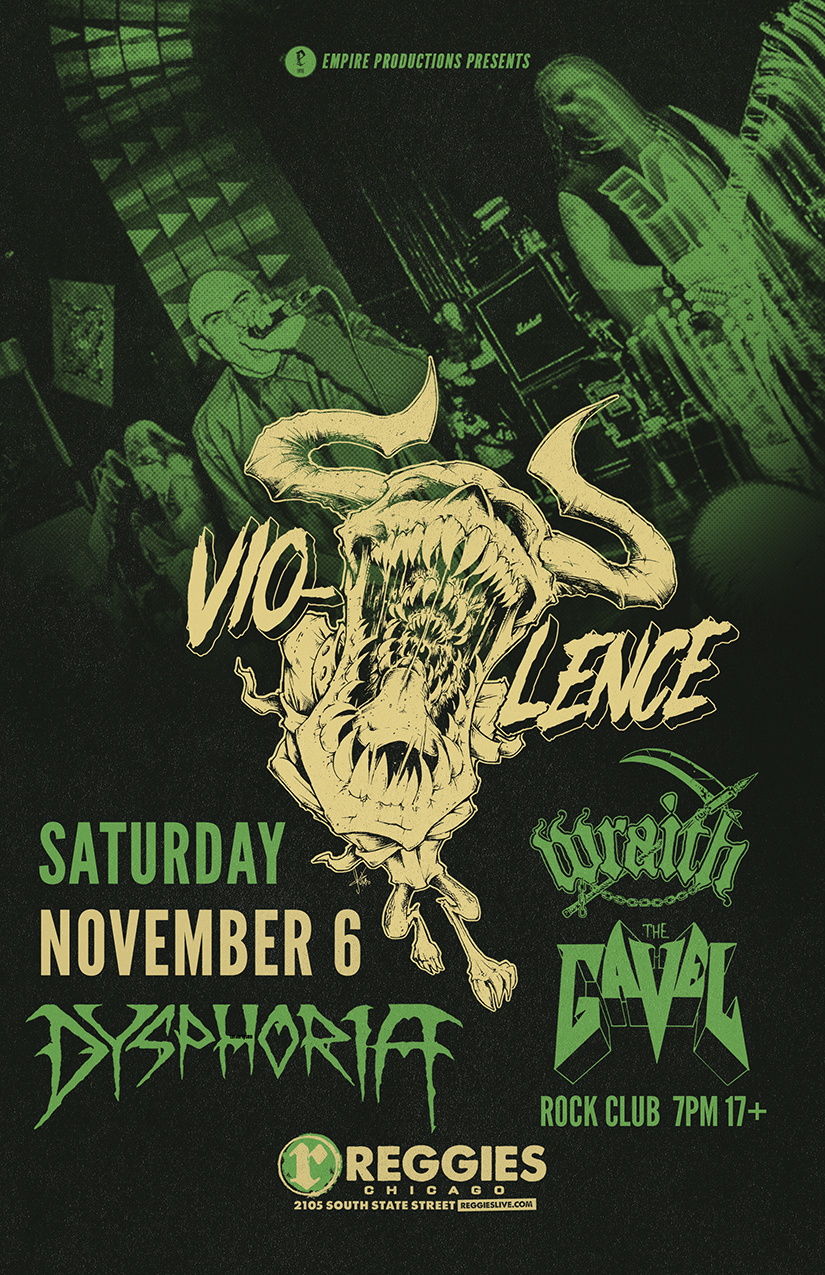 Based out of East Chicago, Indiana, DYSPHORIA toured and performed in many places and festivals and developed quite a rowdy following throughout their short years! DYSPHORIA opened for many major tours and bands across the nation. Having only released one demo, 1993’s “Day Of Atonement”, they quickly rose to the top of the ranks in the Midwest death metal scene. More demo’s were recorded, but never officially released. DYSPHORIA disbanded in 1995 due to differences and members of the band are still active and remain friends to this day!