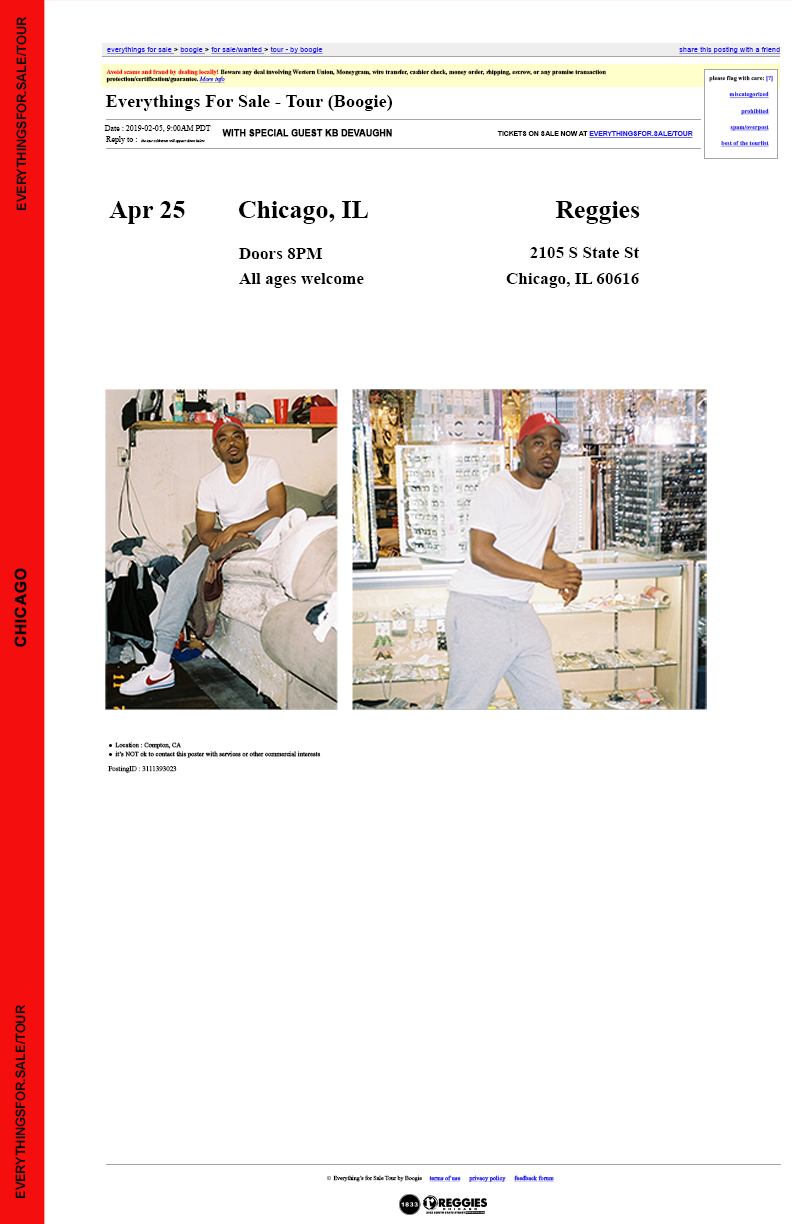 “Bobby Sessions, the legend from Dallas, Texas.” That identifying lyric from the album LOA (Law Of Attraction) is merely one example of the self-affirming ideals Bobby Sessions conveys on record. While some may say this statement is too boastful for a rapper who just released his debut album, for Sessions it’s simply speaking into existence what he knows he will achieve as an artist. This thought process is summed up in the title and main theme behind Bobby’s album, LOA. The “law of attraction’ is the theory that anything you can see in your mind, you can hold in your hand. The instant acclaim the rapper has earned from media and fans alike is not a surprise to Sessions. He saw it all in his mind long before it manifested in real life.

Born and raised entirely in Dallas, Bobby Sessions has put the city at the forefront during his rise as an artist and plans to be a catalyst for breaking not only himself but also his hometown into the mainstream after long being ignored and misrepresented. “It is important for me to achieve my success from Dallas. Most people have to leave to LA or New York to get recognized but I want to prove we have all the resources in this great city to get a quality artist to the next level.”

It was in this great city that Bobby found the group of talented individuals that are currently helping him in his rise to legendary status. Creatively, the album process began when Sessions met with fellow Dallas-rapper and producer, -topic. The two came together with plans of creating an EP that would establish Bobby Sessions in the highly-bubbling Dallas hip-hop scene. However, the chemistry was so good, especially with the addition of engineer/producer Donny Domino to the equation, that Sessions and -topic created more than an album’s worth of material. Highly praised Dallas producer/artist Blue The Misfit came on to add his touch to the album along with his protege and longtime friend of Sessions, Xes. Those individuals, along with musicians like Zyah and Vandell Andrew, would ultimately create the masterpiece that is LOA (Law Of Attraction). The recording process took exactly one year, and was one in which the artist experienced a series of incredible lows but ultimately extreme highs.

While Bobby had dreams of making it as a rapper from a young age, they remained dreams for many years as the rapper struggled to find his way. He started at local open-mics at his college and eventually found some notoriety after becoming a member of the Dallas hip-hop collective BrainGang, with Blue The Misfit and Dr. Dre protege Justus. However, at barely 21 years of age, Bobby soon found himself broke, homeless and starving. He would sleep in his car whenever it would run out of gas, which was almost daily. Bobby regularly split $1 chicken sandwiches from McDonald’s with a friend as neither could afford a sandwich of their own. “I was really struggling” remembers Sessions. He decided to put his dreams on hold, get a “real job” and try to find himself. That period lasted about 2 years until one night when arriving home from his highly mundane job at a local post office, Bobby came across a documentary film called ‘The Secret’. In it, he viewed top scientists, authors and philosophers proposing the secret to leading a happy and successful life. They professed that feelings and thoughts can attract events and experiences among individuals in their physical, emotional, and professional affairs. The film struck a chord with Sessions and made him reevaluate his entire life and future. It was then he decided to return to his dreams and drop everything to become an artist with the “law of attraction” belief system as his guide. He quit his job with only $50 left in his bank account. He didn’t know how he would pay his rent or buy food that coming month but he proceeded anyways not scared one bit at what the future would hold.

Within a month, Bobby would meet with and secure management with respected music industry executives, J Dot Jones and Vince Chapa, after playing them an early version of LOA and eventually would sign a record deal with those same individuals as they started the label, HIGH STANDARDz. What a difference a year makes! Eleven months after leaving his job broke, Bobby Sessions signed a record deal, released his debut album to critical acclaim, had a packed out album release show at a historic venue in his hometown, and continues to build his fan base not only nationally but world-wide. Sessions has proven to epitomize the “law of attraction” ideology. After all, if anyone can declare themselves a legend and make it their reality, it’s Bobby Sessions.