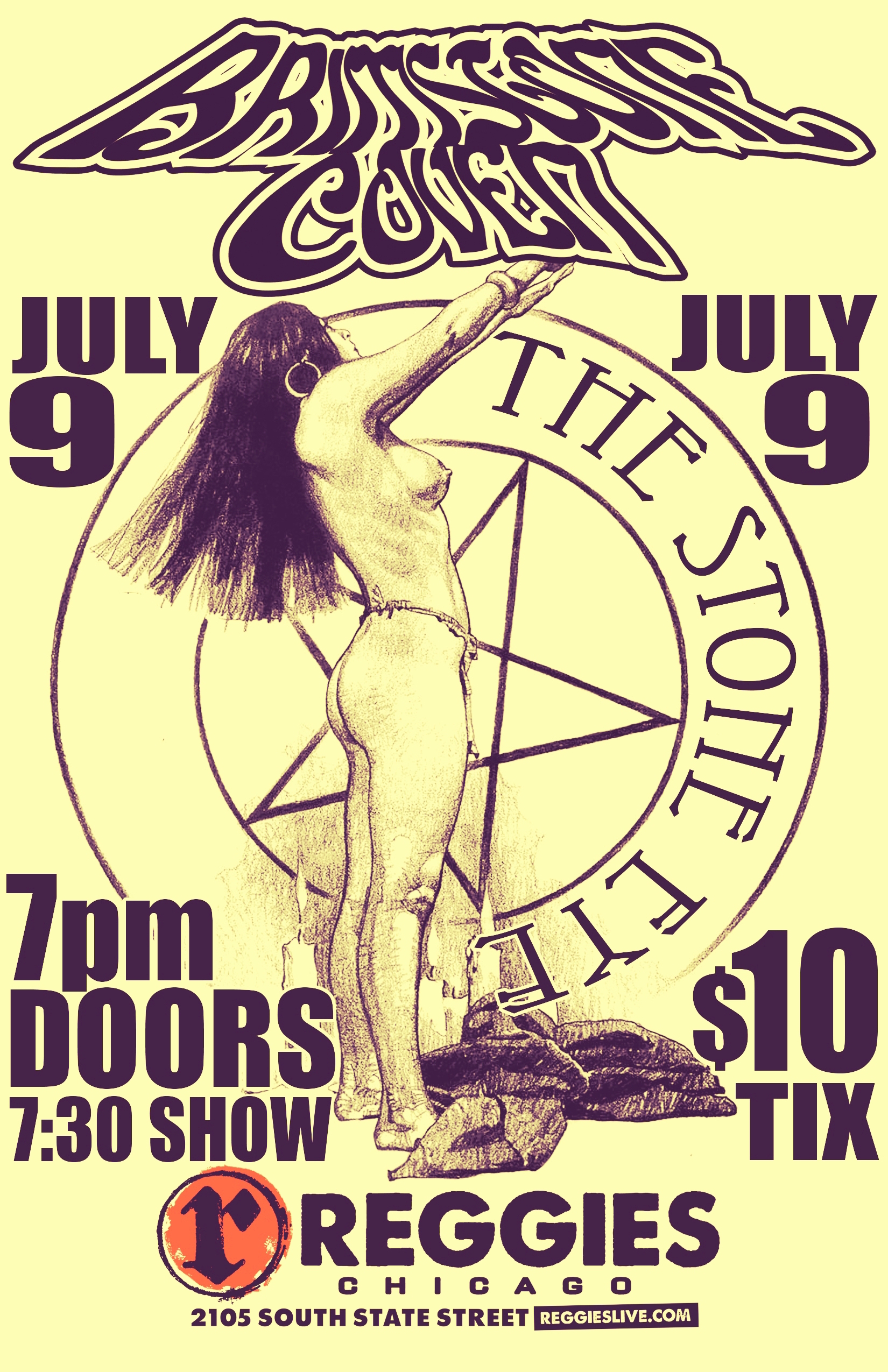 Brimstone Coven is a retro-hard rock / heavy blues band from Wheeling WV. They created their personal blend of “Dark Occult Rock” in the early months of 2011.

Echoing the eerie reverberations of hard rock heayweights such as Black Sabbath and Pentagram, mixed with the Classic Rock style of Led Zepplin and Pink Floyd, Brimstone Coven has created a Vintage sound and style all their own.

With many shows, a debut album on Metal Blade Records and a new album in the works (Black Magic), the band strives to reach a wider audience and secure a spot among rock’s greatest. Look for Brimstone Coven to make a name for themselves in the near future!

Rising from the ashes in 2014, The Stone Eye is an electrifying rock band from Philadelphia, PA. Combining elements of Grunge, Stoner Rock, Alternative Rock, Progressive Rock, & Doom Metal comes a hard hitting yet catchy brand of music. Following suit from the hard-hitting 2016 LP “Poison Apple”, 2017 EP “Royal & Damned”, and 2017 LP “The Meadow”, The Stone Eye is at it yet again with their latest LP, “Kevlar, Kryptonite, Gloria”. Come get fuzzy with us.