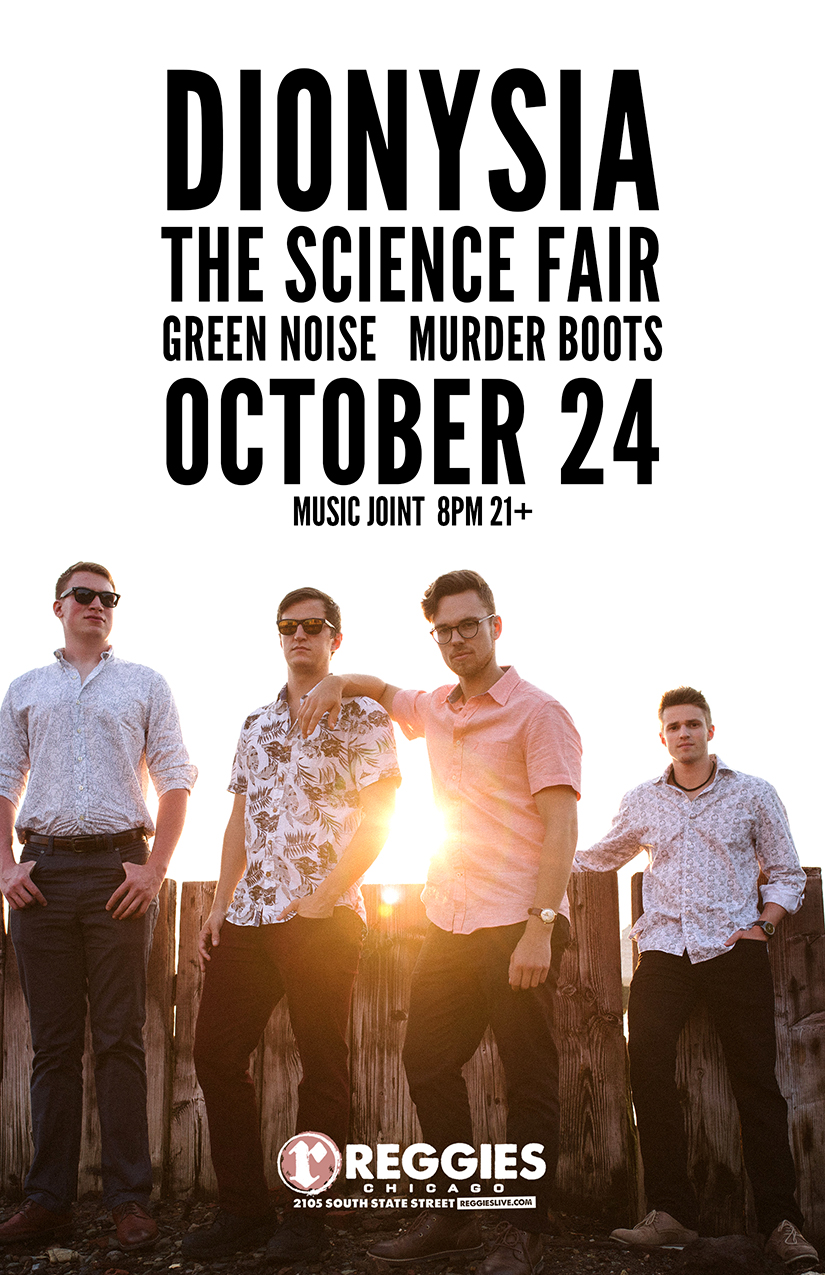 Fueled by candid chaos and unfiltered honesty, Dionysia continually brings to life the stories and experiences that unify us all. Whether it’s a heavy groove rumbling through your body or your mind floating somewhere in a dream, the Boston based Indie/Alt-rock quartet’s dynamic songwriting and charismatic performance never fails to awaken a crowd. Following a string of sold out performances and multiple festival appearances, the group anticipates making waves this summer with the release of their second full length record “CATALYZE” with a national tour to follow suit.

The Science Fair has been playing with this line up for a little over 3 years. Their music can be described as the things you loved about 80’s synth-pop that has been modernized and turned up all the way. With Motown quality bass and drums, crossed with the ambient attack of the guitars, the science fair can make you want to rage as much as it makes you want to dance.

Formed in March 2018, the band chose to play rock music. When top execs ask what Murder Boots sounds like, they are told its basically Shonen Knife + Huey Lewis.