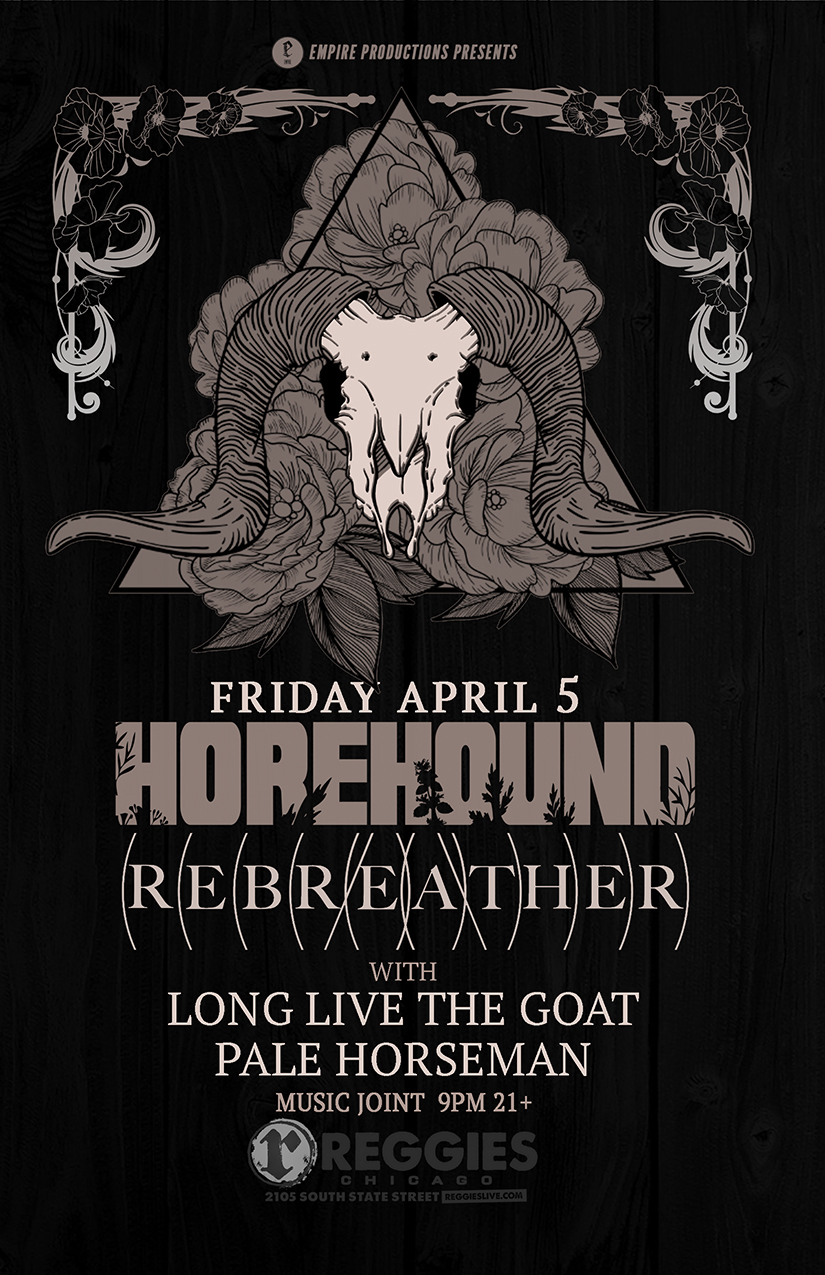 Horehound had become a Pittsburgh, PA hometown heavy underground favorite quite soon after forming in early 2015, performing with both local legends and well-known touring acts. In one year, Horehound released their self-titled debut album (both digital and CD) in April 2016, via Blackseed Records. The album immediately coiled around the heavy music media world, appearing for two consecutive months on the Doom Charts collaborative, and cemented their standing as more than just local favorites.

Recently Horehound has engaged that debut album for a 2018 re-release with Hellmistress Records, the new East Coast label of veteran Melanie Streko (All That Is Heavy, Meteor City Records). The re-release is anticipated in early spring and will be re-mixed/mastered for both CD and vinyl pressing, including a bonus cover song, Mysterons originally written and performed by Portishead.

Fans have described Horehound as, “fucking heavy, doomy, catchy, and downright amazing.” Horehound would not disagree, citing their inspirations as Kyuss, (the) Melvins, and Alice in Chains, but you can hear a heavier sludge inspiration dwelling in the grinding guitar, haze-laden bass, bruising drums, and ethereally demanding vocals.

Horehound has made it quite evident in recent performances that their current lineup – including founding members Shy Kennedy (vocals) and Brendan Parrish (guitar) – have found their true sound with drummer JD Dauer and bassist Nick Kopco. The quartet is fiercer and impassioned to demonstrate it in sharing their next recording, currently being mixed and mastered for a 2018 release. The six track, Holocene, maintains the original Horehound-heavy, but has driven into deeper depths of dark, hardened post-doom metal. More information on the release and the band to come.

A long time ago in a galaxy far far away lived a couple of dudes.

Pale Horseman is a 4 piece metal band from the Chicago area which combines elements of sludge, doom, and death metal. Featuring a dual attack of guitarists/vocalists and a pummeling rhythm section, their live shows have been most often described as “crushing” and their studio recordings have been handled by the mixing boards of some of their biggest influences including Dennis Pleckham of Bongripper, Noah Landis of Neurosis, and Justin Broadrick of Godflesh.