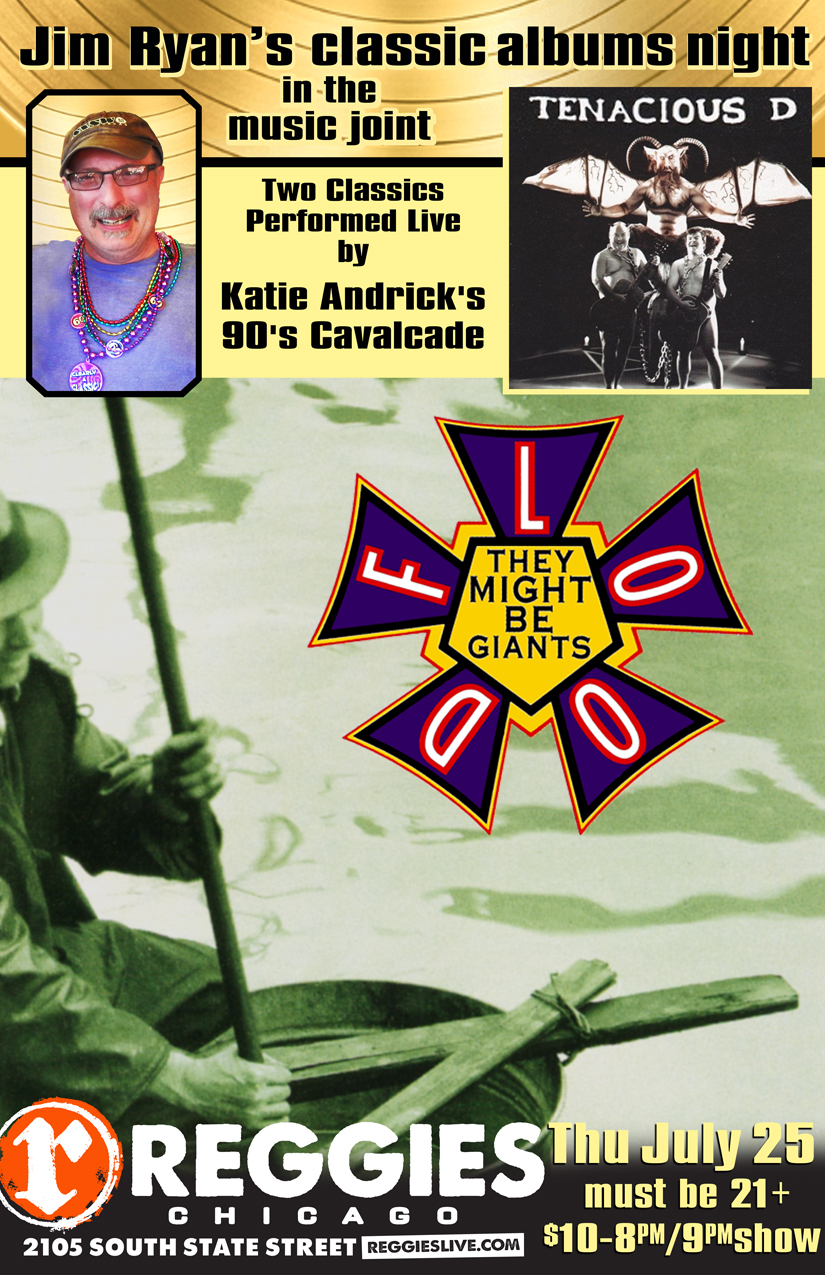 THEY MIGHT BE GIANTS “FLOOD” (performed by Katie Andrick's 90's Cavalcade)

Flood is the third studio album by Brooklyn-based alternative rock duo They Might Be Giants, released in January 1990. Flood was the duo’s first album on the major label Elektra Records. It generated three singles: “Birdhouse in Your Soul”, “Istanbul (Not Constantinople)”, and the domestic promotional track “Twisting”. The album is generally considered to be the band’s definitive release, as it is their best-selling and most recognizable album. Despite minimal stylistic and instrumental differences from previous releases, Flood is distinguished by contributions from seasoned producers Clive Langer and Alan Winstanley. John Linnell and John Flansburgh also took advantage of new equipment and recording techniques, including unconventional, home-recorded samples, which were programmed through Casio FZ-1 synthesizers. The album was recorded in New York City at Skyline Studios, which was better equipped than studios the band had worked in previously.

Tenacious D is an American comedy rock duo, formed in Los Angeles, California in 1994. It was founded by actors Jack Blackand Kyle Gass, who were part of The Actors’ Gang theatre company at the time. The duo’s name is derived from “tenacious defense” – a phrase used by NBA basketball sportscaster Marv Albert.

Prior to the release of Tenacious D’s 2001 debut album Tenacious D, the duo had a three-episode TV series released on HBO, with the episodes broadcasting between 1997 and 2000. These episodes came about after the band had met David Cross and Bob Odenkirk on the Los Angeles music scene—and Black featuring in episodes of Mr. Show with Bob and David. The band also befriended former Nirvana drummer Dave Grohl, and this would begin a working relationship between Foo Fighters and Tenacious D. Towards the end of the 1990s, the duo would go on to support large rock acts – such as Pearl Jam, Tool and Beck.