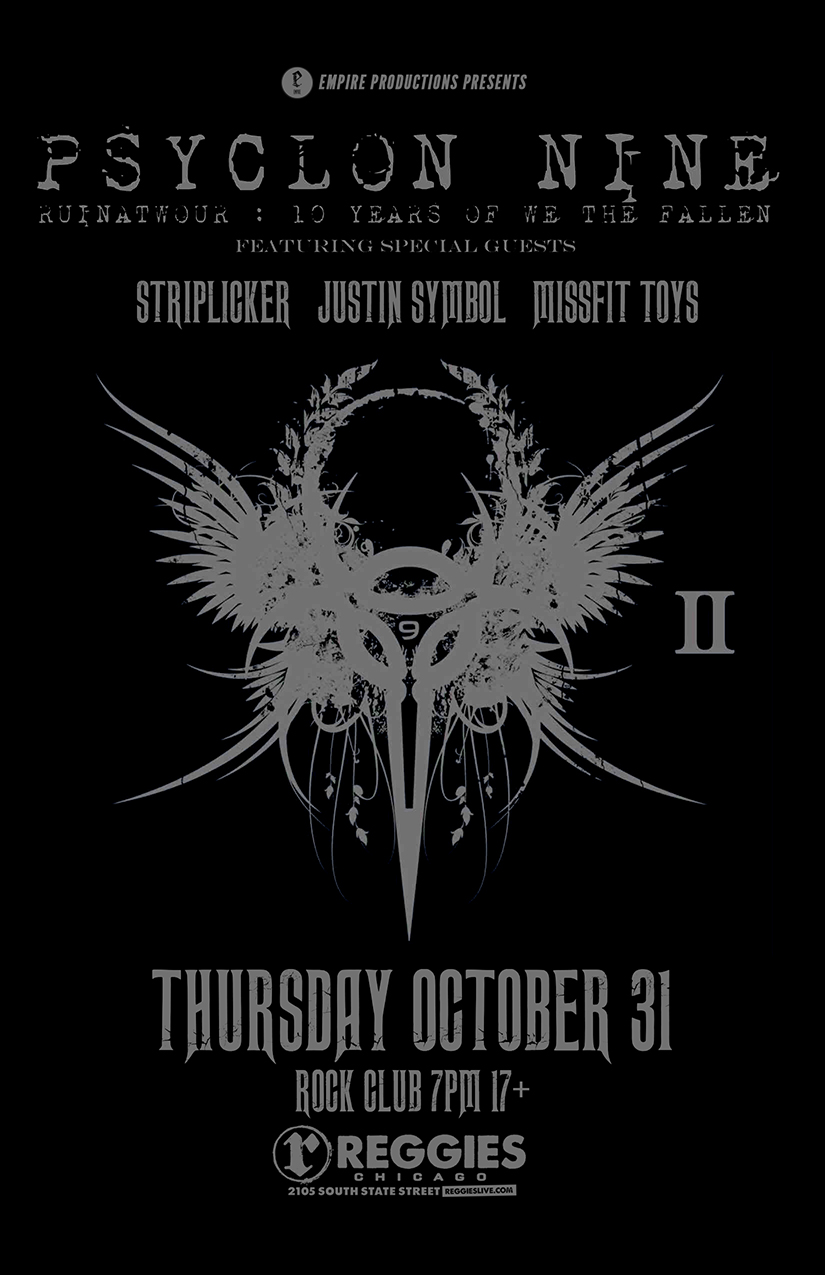 An alternative to the pseudo-saviors of Judeo-Christian mythology.

striplicker sprang forth from the ashes of the smoldering wreckage of the industrial music scene in san francisco to disseminate its message of rebirth through destruction. gnashing vocals, pounding electronics, screaming guitars and brutal percussion create a sonic landscape that perfectly embodies existential apocalypse. striplicker shares the aural ethos of aggressive electronic rock acts like nine inch nails, ministry and KMFDM. see them on tour with PSYCLON NINE this december!

Industrial band MissFit Toys was founded by Virus Suriv in Orlando, FL in 2008, began performing live in 2011, and released their first EP on February 11th, 2012. The band continues to evolve and ascend to this very day, integrating new sounds and styles into the music and growing their numbers of fans at each show with high energy performance and intense stage atmosphere.