The concert featuring Off Broadway is RESCHEDULED to Saturday, August 22, 2020. All previously purchased tickets will be honored at the door on the new date. If you can no longer attend, refunds are available at original point of purchase upon request. 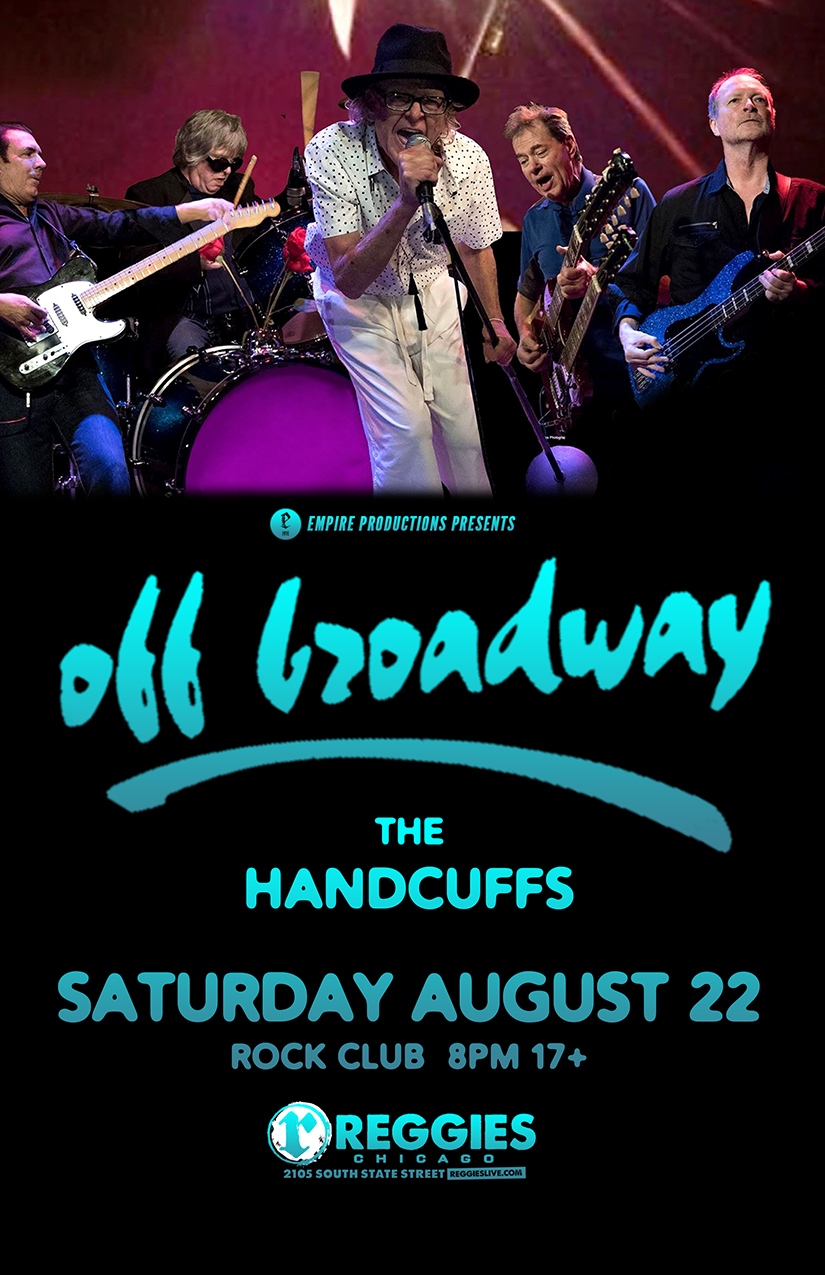 Off Broadway is an American rock band founded by Paul Darrow, Cliff Johnson, Paul McDermott, John Pazdan and Dan Santercola in 1977 in Oak Park, Illinois. After several line-up changes including the addition of songwriter/guitarist John Ivan and Robert Harding, the band’s debut album ON was released by Atlantic Records in 1979. The album reached No. 101 on the Billboard 200 and spawned the single “Stay in Time”, which reached No. 51 on the Billboard Hot 100 record charts. Off Broadway released a follow-up album, QUICK TURNS, on Atlantic Records in 1980 and continued touring for three years before breaking up in 1983. Along the way, they became colleagues with Cheap Trick.

The band is currently composed of original album performers John Ivan, Cliff Johnson, John Pazdan, Ken Harck, and Rob Harding. They are currently performing around Chicago in preparation of celebrating the 40th anniversary of their debut “ON”.