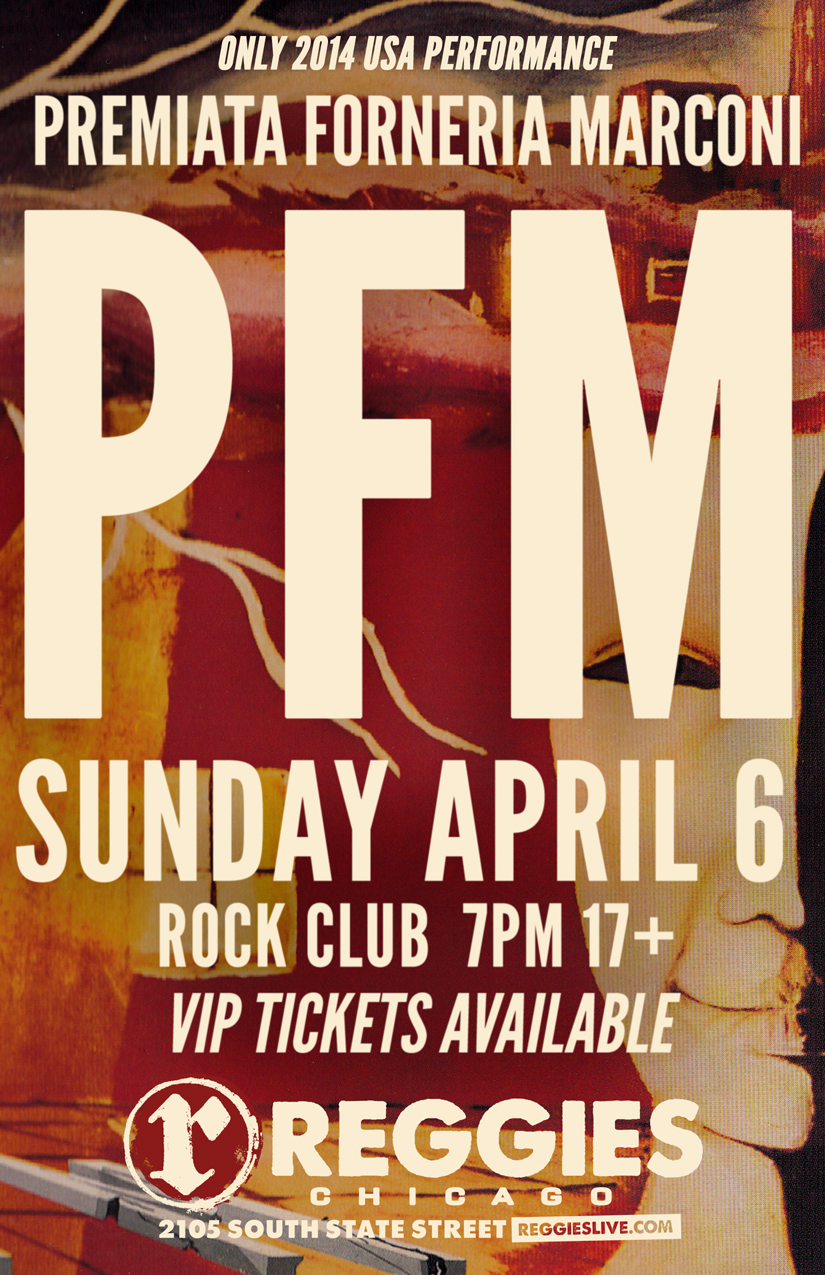 Premiata Forneria Marconi (PFM) (translation: Award-winning Marconi Bakery) is an Italian progressive rockband. They were the first Italian group to have success abroad, entering both the British and American charts. Between 1973 and 1977 they released five albums with English lyrics. They also had several successful Europeanand American tours, playing at the popular Reading Festival in England and on a very popular national television programme in the U.S.A.

PFM introduced new sounds, such as the synthesizer, to the Italian musical world. They were also among the first to combine symphonic classical and traditional Italian musical influences in a rock music context. Such innovations and their longevity have made them among the most important bands in the international Progressive rock genre.

includes access to balcony directly above stage and poster

includes reserved chair directly in front of stage, and poster

$100 Dinner with the Band package VIP

includes dinner with PFM before show, access to soundcheck, early entry to show and poster