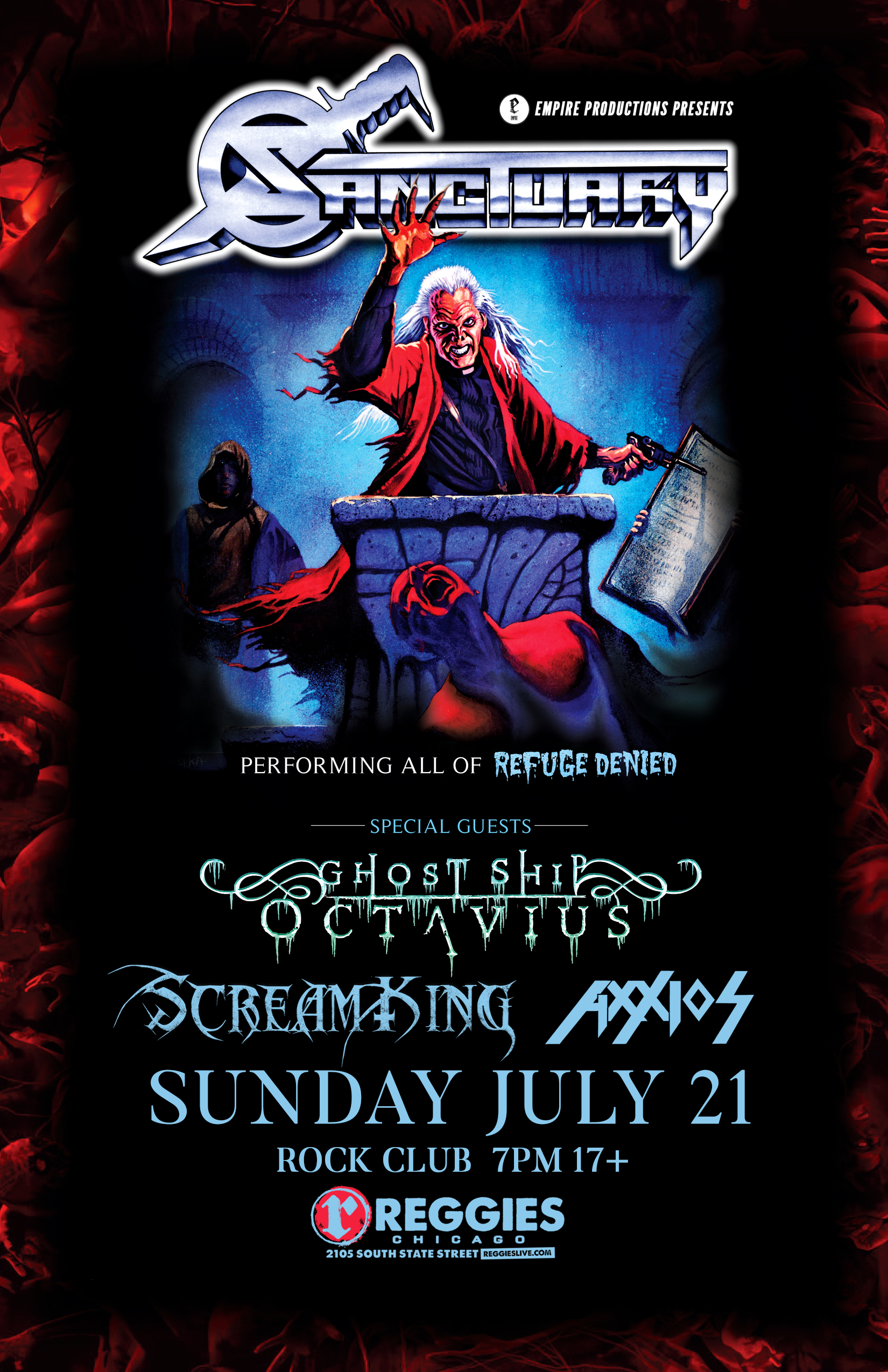 Sanctuary, formed in Seattle in 1985, was a pet discovery of Megadeth guitarist Dave Mustaine. He helped get the band signed to CBS/Epic Records, produced their first album, and took them on the road with Megadeth. The band consisted of vocalist Warrel Dane, guitarists Lenny Rutledge and Sean Blosl, bassist Jim Sheppard, and drummer Dave Budbill; after their second album, Sanctuary disbanded, with Dane and Sheppard going on to form Nevermore.
[Steve Huey, All Music Guide]

*P.S. Jeff Loomis sent a tape to metal band Sanctuary when he heard they had lost their guitarist. He got the job, but it was not slated to be a long-lasting one. The group broke up two months later in 1991. However, as the ashes of Sanctuary were clearing, Loomis, along with two other members of the group, formed the band Nevermore. [Gary Hill, All Music Guide]

The memorable choruses, lyrics and imagery take the listener to a world of frozen and ghostly themes, grounded in technical and groovy rhythmic mastery with intense drums and bass lines, melodically supported by soaring vocals and captivating guitars. They are a growing fire in the American metal scene landing and playing amazing sets at Progpower XVII and also perfoming on the 70000TONS OF METAL CRUISE 2017!

Rising from the ashes of past endeavors, Ben Rose and Martin Bowman sought to create a band that mixed together the elements of their favorite bands. After recruiting TJ Fernandez and Dan Massey, the recipe for their brand of metal was complete. Axxios seeks to combine the energy of extreme metal with melody creating a unique sound.