The concert featuring The Birthday Massacre is Canceled. All refunds are available at the original point of purchase upon request. 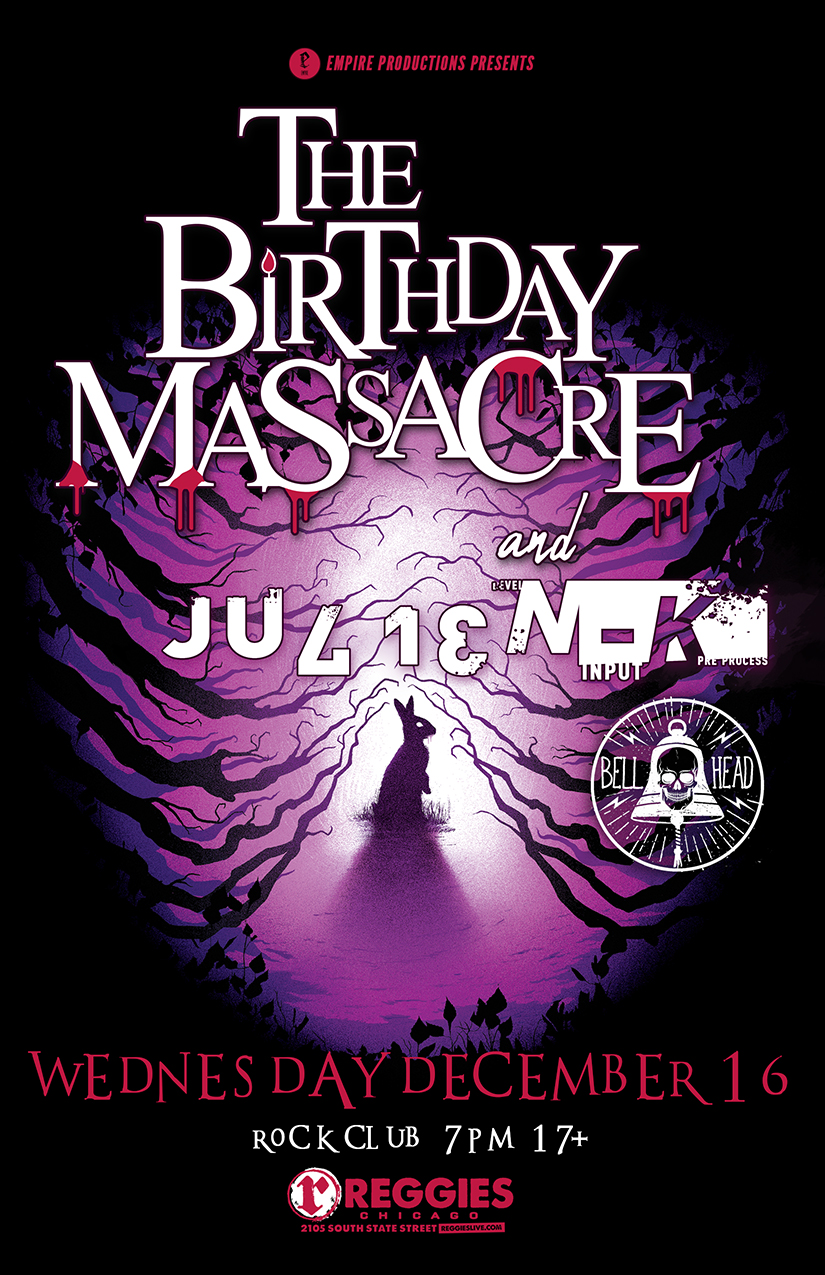 The Birthday Massacre is a Canadian rock band, formed in 1999 in London, Ontario, and currently based in Toronto, Ontario. The current lineup consists of lead vocalist Chibi, rhythm guitarist Rainbow, lead guitarist Falcore, drummer Rhim, keyboardist Owen, and bassist Nate Manor. When the band formed in 1999, they were known as Imagica.

Amir Derakh and Ryan Shuck have been musical partners for 15+ years. During their time together they have weaved in and out of mainstream music like a constantly evolving musical fashion house. In the late 90’s they were responsible for massive radio and sales hits such as “Blind” (Korn), “Blue Monday”,” Stitches”, and “Fiction” (Orgy), and recently “Crawl Back In” and “Let Down” (Dead By Sunrise with their pal Chester Bennington). After enjoying years of traditional music business success, they have spent the last 10 years methodically moving away from the mainstream approach that put them on the map, opting to carefully steer their fans in a new direction, towards their new independent alternative electro rock project Julien-K – which sounds more at home with the likes of modern acts such as M83, The Kills, LCD Soundsystem, The Naked and Famous, Empire of the Sun, and even the Black Keys (see Derakh’s sleazy electro-blues guitar playing on “We’re Here With You”).

Male-female duo band. Two basses and a drum machine. No Guitar, No BS.

- VIP early entry into the venue

- Personal photograph with The Birthday Massacre

- Access to The Birthday Massacre photobooth (exclusive to VIP)