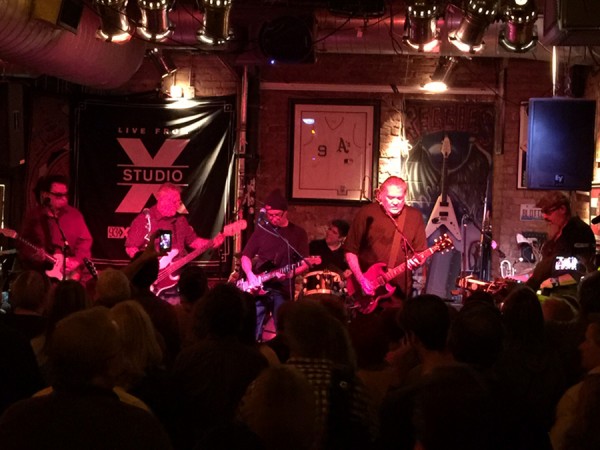 The Music Joint was the secret location, Los Lobos were the guest performers, Two Brothers Brewery was the not so secret sponsor. WXRT brought an outstanding surprise to Reggies in another episode of Live From Studio X ! Listeners on the radio got to hear classic hits (opening with Will The Wolf Survive), and new music from the soon-to-be-released CD, as well as interviews with members of the iconic band for the 30 minute live radio broadcast. Another 100 lucky XRT listeners who received the Thursday afternoon alert were crammed into the intimate bar side and rewarded with the bonus of a full blown extended concert including another dozen tunes. The band was hot, the beer was cold, and the Joint was jumping. Thanks to MC Tom Marker and everyone at WXRT Chicago for partnering with Reggies to make the magic happen !