How long have you been here and how did you get hired?

Shane: Since the floor was made of dirt.  Robby knew me from “back in the day” and I worked at Record Breakers and did shows.

Jason: This is year 15 for me, I applied at the old record store and told Cletus that I was like Warren from Empire Records but I wouldn’t shoot up the place.

Jody: I have been at Reggies since October of 2007!   Halloween weekend will be my 10 year gold watch date.  I was recruited from the Burwood Tap to bartend day shifts by 1f and Donnie Mac. They told me I could help with the parties if I took a day shift. Worked that damn day shift till June of 2017.

Brendan: I was hired in august of 2007 and I got the gig because I used to work for breakers WAYYY back in the day, hired in 1997

Casey: 9 years? Brendan J Joyce hired me because I mixed a jazz band he played in late nights at The Green Mill.

Jennette:  I have 9 years of these assholes.  So whatever. I got hired because I moved to this stupid fucking city, brought my underage brothers here, got fired, showed up looking like I wanted to get hired at Neiman Marcus, Robby happened to be there, asked if I knew how to take public transportation, I owned a Jeep with a Brethylizer. I yelled at some customers, they threatened to kill me, I accepted their duel, I won, and he gave me all the shifts I wanted!

Jody: Juliette Lewis, Prince tribute, Reverend Horton Heat when the power was out, Lucinda Williams random show when the Taste got shut down, all the XRT secret shows.

Casey: Doing monitors for the Bolt Thrower shows for sure!

Shane: Cro-Mags and Suicidal Tendencies both with classic lineups

Brendan: Reggie Dunlap of the Chiefs

Brendan: Heather, we’d all be fucked with out her.

Jennette: Molly is pretty much my best friend.  Plus Jody and KP are my solids.

Casey: Side of Buffalo Side of Ranch

Brendan: “What the hell is a hippie cult leader anyhow”

Mitch: “Very very proud of ya”

Jennette: Last week in my birthday and he told me to fuck off.

Jody: Zanies, SXSW, Summerfest, Cubs games, Girls nights– there are really too many.

Brendan: Brewers cubs game in milwaukee where i fell head over heels for my wife ashley for the first time.

Casey: Not an “Official” outing but Psycho Fest 2016. There also should have been a Reggies plane for that one considering how many employees and friends were in attendance.

Jennette: My favorite Reggies outing or memory doesn’t exist because I was probably asleep or blacked out.

Shane: Every day I am alive and able to work alongside so many different people all with the common goal of improving our family.  Lame and sappy but it’s true, I am blessed to be on this team.

Jason: That time we were all on Frankenfoods

Jody: My then 71 year old dad played for my 40th birthday at Reggies on May 9, 2009.  My dad was a fairly decorated accordion / button box player in a Slovenian polka band for basically his whole life. When he was older he only did special occasions, etc.  I hired his producer’s band from Cleveland and they backed him up and we had a Slovenian Polka party at Reggies!  I had about 100 guests in the Joint.  My dad made the guys wear their red puffy sleeved shirts.  Very authentic!  Mitch made a Slovenian buffet and I projected pictures of my recent trip to Slovenia on the stage and tvs.  I even got up and sang a few tunes with them!  One of the best memories of my LIFE and so glad I was able to do it.  He died just over a year later.  I will always remember that my dad was the ONLY real polka band to ever rock Reggies.  🙂

Brendan: Getting thrown out of the rock and bowling alley at the christmas party when me and casey missed the bus then flagged down a limo and drank all their whiskey.

Casey: Too many to pick one. It’s a toss up between the 3 day bender with Gavin from Bolt Thrower, Robby Kreiger from The Doors jamming with Black Flag, Juicy J smashing a full 40 on stage, or that episode of Gangland that was shot at the hardcore show.

Mitch: Paul Chapman rocking out UFO tunes in the Joint!

Jennette: Reggies may have ruined my life, but I didn’t have anywhere else to go. I left Albuquerque and ended up here and I bleed Reggies, even the people I hate I will fight for, because once you are in you are fucking family. I don’t know and can’t explain why everyone respects Robby and would take a bullet for him but we all do. It’s gross. But he made this really fucked up cult of misfits and as miserable it has made me I am also so happy. Like I can’t leave. Please fire me. 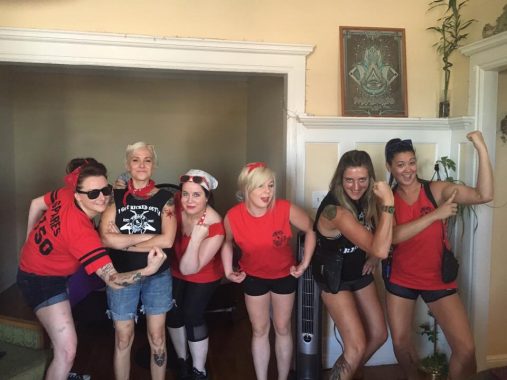 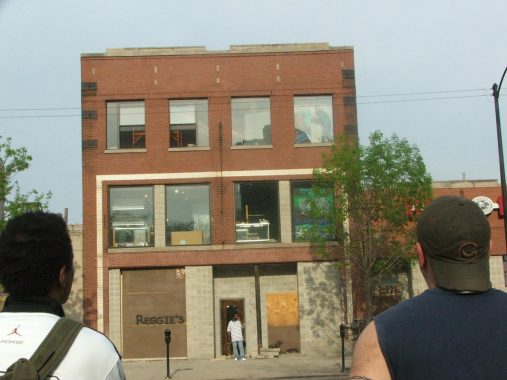 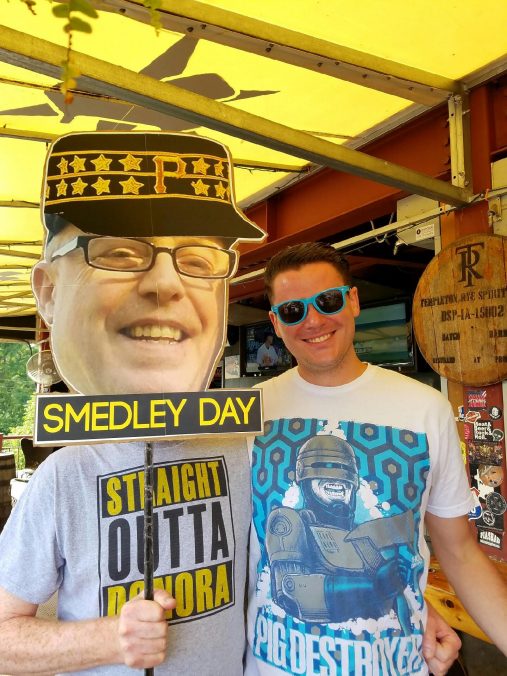