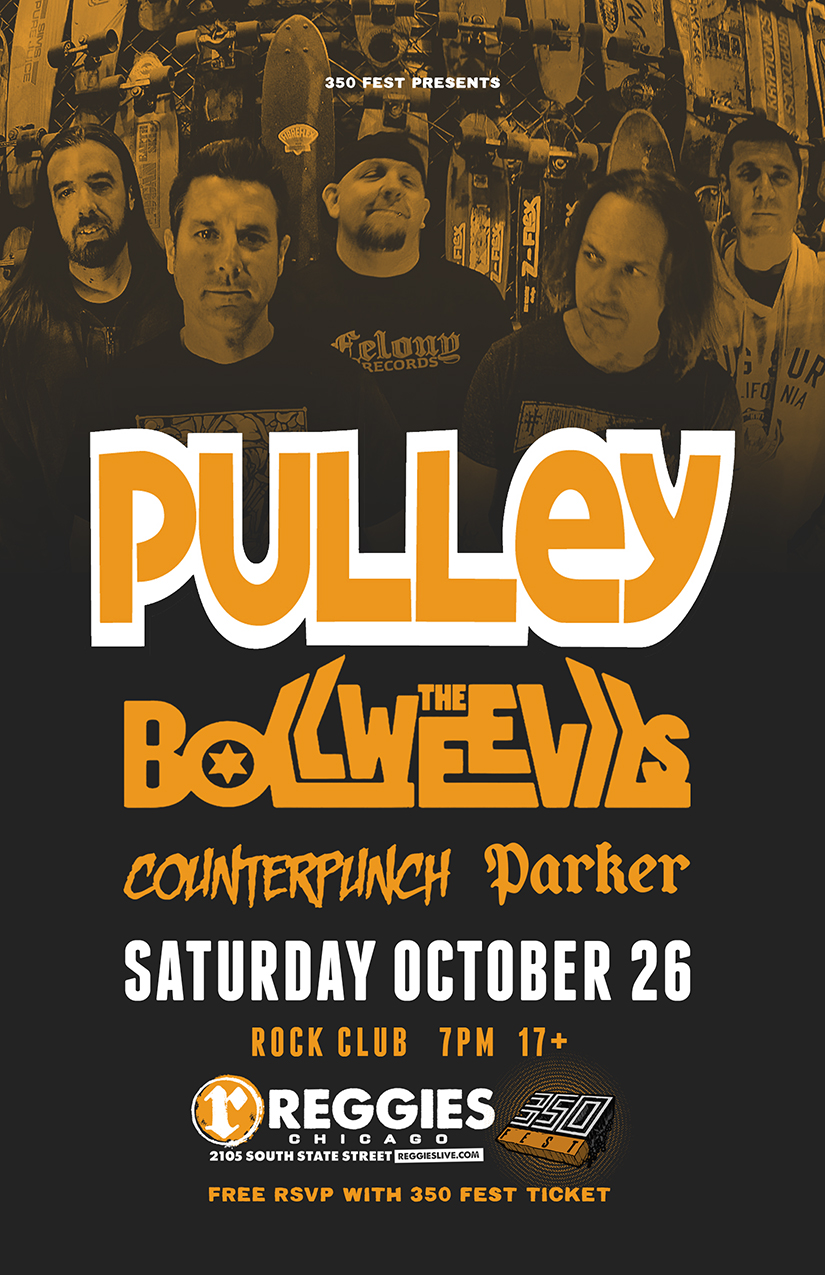 SoCal melodic punk rock staple PULLEY has returned with its first new material in over five years. “No Change in the Weather” marks the band’s 20th Anniversary and is set for a November 18th release via Cyber Tracks.

“We’ve written new music over the years that we were sitting on,” explains vocalist and Los Angeles Angels’ bullpen coach Scott Radinsky. “The lack of a label and having to put it out ourselves had slowed things down the past few years, but the desire to get into the studio has always been there,” he adds.

Pulley wrote and arranged the music themselves before laying it down with Matt Hyde (Deftones, Slayer, Strung Out) behind the console and Ryan Greene (Megadeth, NOFX, Bad Religion) behind the mixing console. From the anthemic “No “I” in Team” to the stellar harmonies in “Different” to the throbbing drums and guitar solos in “Farewell” to the dueling guitars in “The Other Side of Silence” – Pulley has picked up where they left off with their classic SoCal punk rock formula.

Led by the sneering vocals of lead singer Daryl, The Bollweevils are direct inheritors of a Chicago hardcore tradition handed down from acts such as Naked Raygun and The Effigies.

Undisputed as one the finest Chicago punk outfits during the 1990s, The Bollweevils were, and still are, defined by their spirited live performances and a song catalogue that demonstrates both their roots and creative ability as a band.

PARKER is the new sound of Chicago. They are a band rooted in the energy and spirit of punk and rock and roll, while embracing the melodic side of modern music. The songs they have crafted take listeners on a journey through soft, soulful verses that explode into energetic choruses. PARKER has made a huge impact on the Chicago music scene in 2018 alone and is making their way through the Midwest.