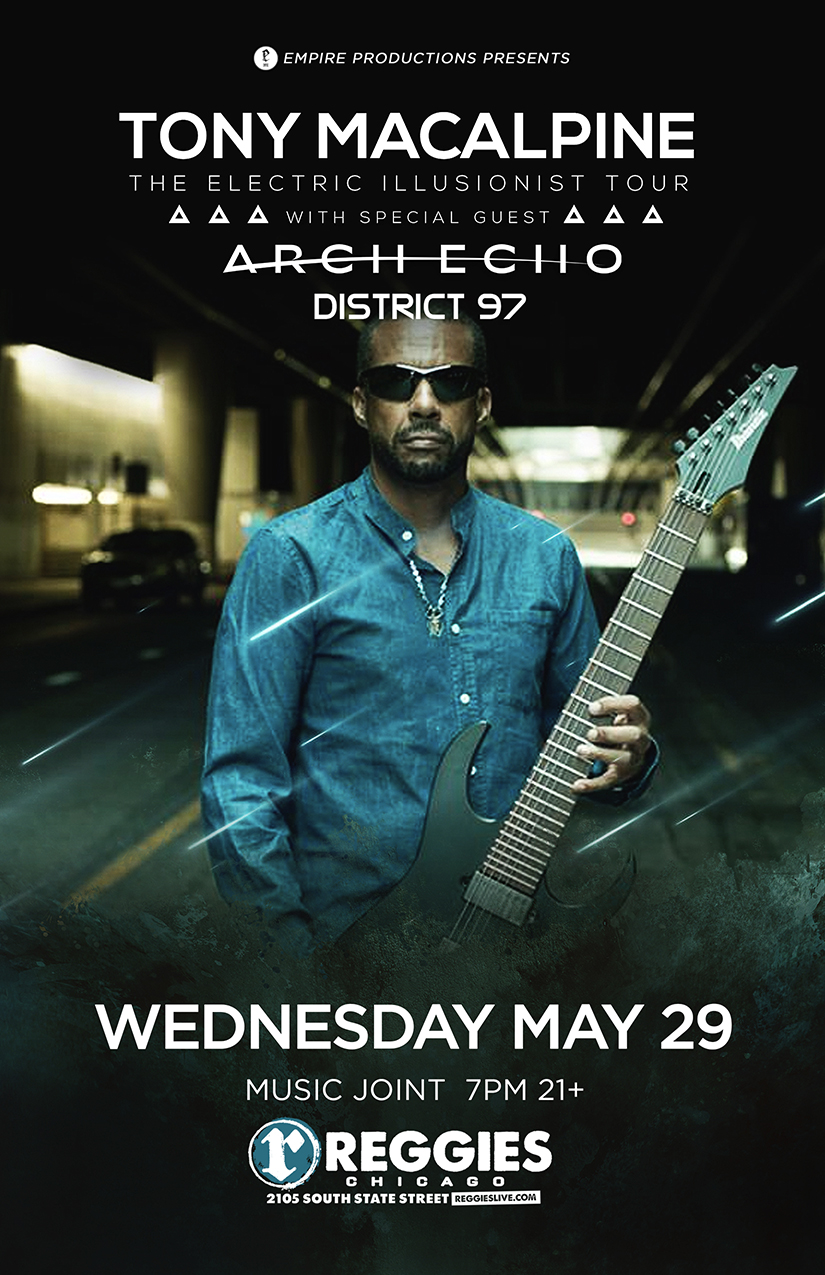 The name Tony MacAlpine is synonymous with modern musical virtuosity. Whether performing as a solo artist, band member, session player, touring hired-gun, or as a producer, Tony MacAlpine continues to prove that he truly is one of rock’s most amazing and versatile musicians. He incorporates classical, jazz and fusion influences into the hard rock/metal genre on both guitar and keyboards.

Arch Echo is about the music. Cliché? Yeah. Idealistic? Absolutely. They are ultimately music nerds as all of this band’s members work in the music industry professionally. Every day, hour and minute sees them writing, practicing, producing, performing, composing, teaching and practicing. Arch Echo is their new baby, a mutual creative product that has the hopes to play live as soon as possible.

This project brings to the table keyboardist, producer and composer Joey Izzo, known for his wall of sound style and melodic production ear. He composes with Joe Calderone at Tangent and runs his own Joey Izzo Productions.

Adam Rafowitz has been making waves in the progressive guitar world having won the first Strandberg Guitars competition 2 years back with his style of blazing legato and fusion laden riffs.

Joe Calderone is co-founder of Tangent Music LLC, a music house that has already had music on such networks as TNT, FOX, E! and the show Celebrity Apprentice in their first year of existence.

Richie Martinez is a frequent face to many drummers on Instagram where he has garnered 30k followers with his flashy, frequent and informative videos. He works full time as a session drummer and educator. He’s also beating 50% with the wonderful Sophia 🙂

This is Arch Echo, and we plan to earn your ears!