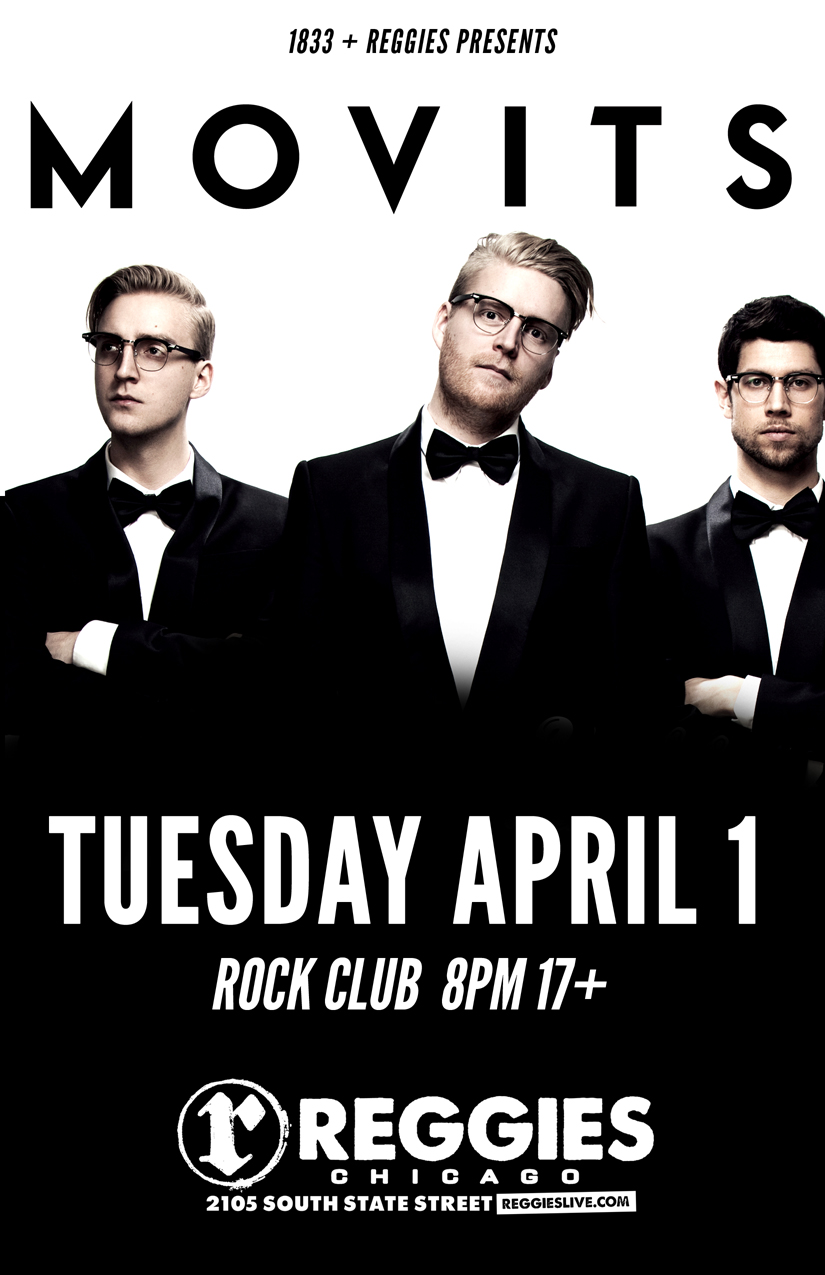 Movits! is the hip-hop act from Luleå, Sweden, which, with an eclectic mix of rap, beats and horns have succeeded in laying the world at their feet. In just two albums, they have taken their music from the small town in Norrbotten, a place at the same latitude as Fairbanks, Alaska, to world metropolises like New York, Tokyo, Paris and Shanghai. Nothing unusual perhaps for a band from a country that produced more musical success stories per capita than any other in the world. But add to that that Movits! have done it in Swedish and you get a story that stands hard to match. Everything, however, began with a boy’s room in the Luleå suburb of Herstön.

A boy’s room and two brothers. Johan and Anders Rensfeldt started making music together in the early 2000s. Under the name of Planeten Jorden they released the EP “Frihetssånger i retroadidas” in 2004. It had an acoustic sound with influences of Swedish folksinging and reggae, Anders’ stripped down beats spiced with Johan’s melodical rap. The album was well received and the brothers were invited to join Riksteatern on a summer tour. With them they took the friend and saxophonist Joakim Nilsson, who later became a permanent member of the constellation.

Working on their first album, Movits! happened to hear a recording of Benny Goodman’s “Sing sing sing”. That experience came to put a big mark on the development of the band’s music. The energy of the horns and the intensity of the drumming replaced the djembe and melodica and overnight Movits!’ distinctive sound was created. With a new name they released their debut album “Äppelknyckarjazz” in the fall of 2008. An album which gave them good press and a prize at the Swedish Manifest Awards.

Tours in Sweden and Scandinavia followed on the album, but the big breakthrough came with an appearance on the U.S. TV show “the Colbert Report” in the summer of 2009. It was a pure coincidence that the show’s namesake Stephen Colbert had found Movits! video for “Fel del av garden” but a coincidense that resulted in an invitation to participate in the program. What happened next is modern music history.

Sales of “Äppelknyckarjazz”, which then was only available on import via Amazon, went up by 85,000%. When the record was released on US iTunes it instantly reached the first place in the hip hop category, ahead of giants like Kanye West and Eminem. In an instance Movits! went from being an unknown act to becoming a global concern.

After two years of touring in both Europe and the United States Movits! released their sophomore album “Ut ur min skalle/Out of my head.” With a heavier and more solid sound, the gold single “Sammy Davis Jr.” and the platinum single “Na na nah!” the album cemented the band’s status in the world. The album was critically acclaimed and got nominations in both the P3Guld and Grammy Awards in Sweden.

Movits! have continued to broaden their horizon and today the band tours in Scandinavia and Europe, Japan and the USA. Live the trio is often expanded with David Fraenckel on trombone and Petter Olofsson on bass. The band is notorious for always delivering fast paced and energetic live shows, whether they are on a festival stage in front of 10,000 people, or at a club in front of 100.

In the spring of 2013, Movits! once again entered the studio to record a new album. “Huvudet bland molnen/Head among the clouds” is scheduled to be released in the fall of 2013.The singles “Röksignaler/Smoke signals”, “Nitroglycerin” and “Limousin”, shows a development of the sound that has become synonymous with the band. But it still beats, horns and rap. And it is still in Swedish.

Black Bear Combo was formed in 2002 by Doug Abram, a noise drummer inspired to take up horns after hearing Romany musicians in Ceske Krumlov. Our travels have taken us across the country, to festivals on both coasts, Mardi Gras parades in New Orleans, the Halloween party at the White House, and every nook and corner of Chicago. We’ve played rock clubs, basements, festivals, weddings, funerals and parties of every description. Our sound is rooted in different styles from eastern Europe which we play in a way that’s all our own. But it would be nothing without sharing it, so we’ll see you at the next show!!!

Genome deftly combines organic improvisation and audience interaction with mind bending electronic sound manipulation, adding an entirely new dimension to the labyrinth of melody, harmony and rhythm. The music of Genome acts as a gateway to a new freedom of mind and spirit through the ritual of music, dance, and Dionysian celebration. The Genome project is not about the members of the band alone, but rather, the love and community of its supporters and friends. The band makes the music, the people dance to the music, and everyone gets lifted together!